Rivkin Does It Again at the 2019 Manufacturer's Cup 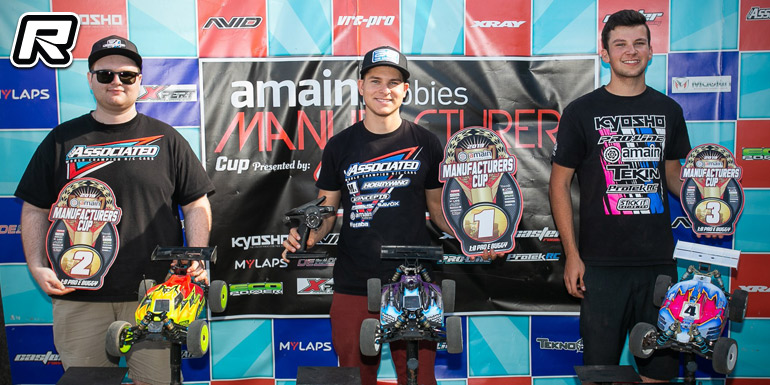 The 2019 Manufacturers Cup was held at Silver Dollar R/C Raceway, attracting most of the country’s swiftest off-road racers. Overall entries were over 200, and people were genuinely excited to run their cars on the killer track at Silver Dollar R/C Raceway. What a race it was in the Pro Nitro Buggy class as two of the best went head to head. Mugen’s Ryan Maifield was dominant on day 1, but Team Associated/Savox driver Spencer Rivkin up’d his game on Sunday and was able to beat out Maifield on the tie-breaker when it came down to best score. Since both drivers had two wins and one 2nd place finish, the tie-breaker came down to single fastest run with Spencer taking the win.

Spencer Rivkin was on fire when it counted most and also finished out Pro E-Buggy on top with 2 wins and a 2nd place finish to earn himself the overall win. (see the full article at RedRC.Net)

Sign up to get the latest on sales, new releases and more